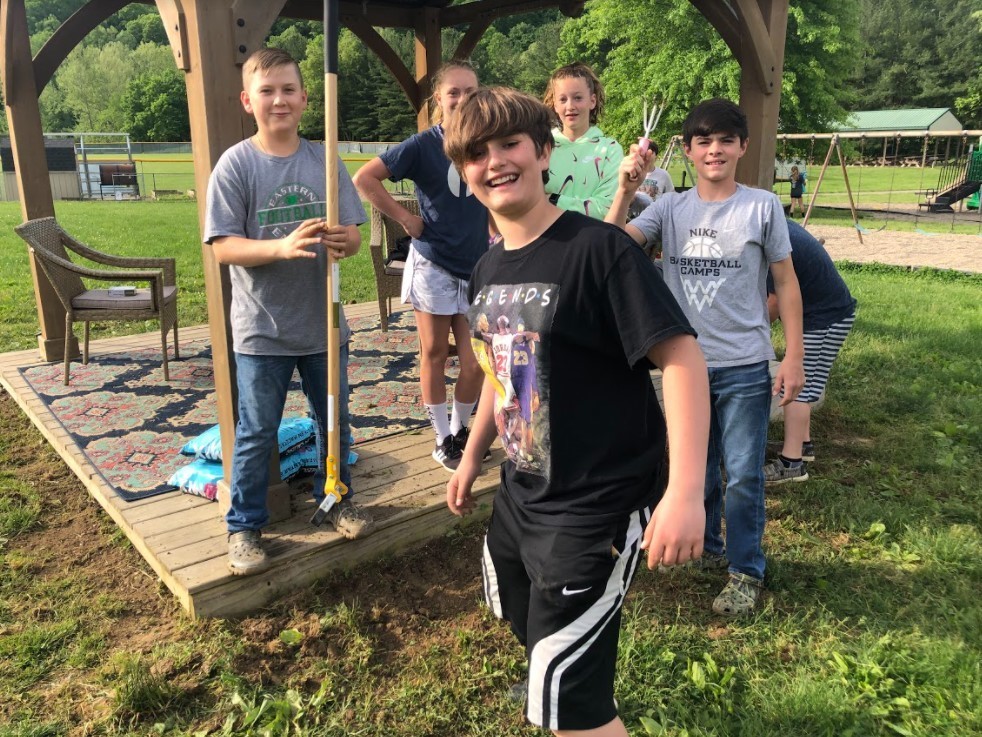 6th Grade Students Leave it Better Than They Found It

Mrs. Martin's 6th Grade ELA Class worked hard on a service learning project at the end of the school year. For this project, the students came up with a plan to make improvements to the gazebo out on the playground in order to leave the playground "better than they found it." This is a space many students go to read, draw, and socialize during recess. For their project, the students reached out to their community for donations with big plans of planting flowers around the gazebo, creating a stepping stone path to the gazebo for easy access, even on rainy days, and to build a little library that could safely house books outside on the playground year round. Yesterday, the final touches were added to the little library! The class successfully met each of these goals and intends to help keep up with it as they move through their time at Eastern.

We would like to say a big thank you to Baum's Lumber, Darrell Norris Greenhouses, The Barnett Family, Bill Salyer, Connie Osbourne, Judy Lee, and Bill Johnson for their donations of materials, time, and wisdom! We could not have done it without all of your help!